"It was a privilege to be a part of Joanne Chrobot's board breaking presentation at the meeting of the Power Group in Toronto. What a fantastic experience it was to watch her empower so many people and witness them breaking through the barriers that had held them back for so long. Joanne is a Master Trainer, teacher that leads with her heart and she has a passion for life that is contagious. She inspired us all and truly walks her Talk. I would highly recommend her."
John Lenberg, M.U.S.T. Team Manager, Anthony Robbins Companies

"Joanne thank you for the Board breaking event! I found it most powerful to see people who thought they could never break through a board or challenge in their life become most up lifted after they broke their board! It was an inspiring event! It was well organized, the energy there was fantastic! Thanks for the invite I will attend the next time I am in Canada! Until soon."
Craig Richards, Senior Mentor, Anthony Robbins Companies

Book Joanne or one of our Speakers info@knowledgeworksglobal.com
Speakers 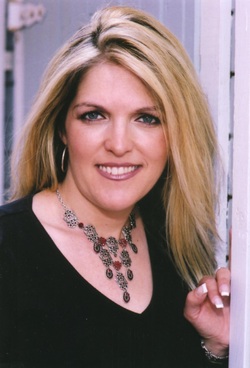 Joanne Chrobot is a woman committed to helping others discover their own potential for creating a compelling life. Joanne Chrobot is inspired to be inspiring, to everyone around her. The combination of a dynamic, uplifting individual and a caring, creative vision makes for a unique and impressive life passion and business idea called KnowledgeWorks Global.

Joanne promises to create a place where one can spend a day learning, connecting and taking steps towards empowering one's life through new, informed choices and has created a powerful platform for all attending to learn, network and take action!

Joanne has amassed hands-on experience in the events industry since 1992 when she worked with international motivational speaker Tony Robbins and his team of franchises and promoters, and many other well known speakers such as Mark Victor Hansen, Deepak Chopra, Wayne Dyer, Marianne Williamson, John Gray, James and Salle Redfield, etc. Traveling extensively across North America, from Toronto to Hawaii, to orchestrate these events, Joanne realized the impact that the presenters were having on her own life. This new awareness ignited a passion. She wanted others to be touched by these life-transforming presenters as she had been and still is to this day.

So impressed by the information these speakers imparted, Joanne made a decision to make their intriguing messages, as well as her own, available to a wider audience. Through focused intention, tireless pursuit for what she believed in, and having the courage to follow her dreams, KnowledgeWorks Global was launched.

"We all seek something more from our lives. It may be improved health, better relationships, success in business or increased spirituality. I have made a commitment to help individuals find more of what they seek to create a deeper, fulfilled life through informed choices". 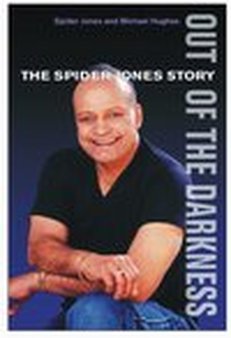 “Spider Jones is a symbol of hope and inspiration to our youth! Here is an individual who has overcome a life of insurmountable odds. His “stay in school” message is powerful and moving and has a tremendous impact on kids.”
Cito Gaston, Former Toronto Blue Jays Manager

"Spider Jones possesses that rare gift which enables him to hold young people's attention like few speakers I've ever heard.  His fascinating message is an inspiration to anyone fortunate enough to hear him.  Thank you for bringing good things to so many lives!”
Jim Kelly, Former NFL Buffalo Bills Quarterback Chairman of Hunters Hope Foundation"

If ever a person understands the ruthless predator called low self-esteem and how it attacks and destroys our youth, its Former Three Time Golden Glove Boxing Champion and CFRB Broadcaster/Author Spider Jones.

Born into extreme poverty, racism and violence, Spider survived the treacherous streets of a vicious world most of us only see on the six o’clock news to become one of the most charismatic speakers of our time.

At age six his eighteen month old, brother, Denis, suddenly died of pneumonia. Spider was so traumatized by this tragic event that he began to experience terrifying nightmares, which haunted him into his late teens. Morbidly frightened of the dark he trembled through the night praying for the light of dawn. It was during this period that he began to wet the bed. Sleep deprivation had an adverse affect on his school work and after failing grade three twice, he was diagnosed with a learning disability and transferred to a remedial class, where he struggled with low-esteem, as well as being a victim of verbal and physical abuse.

By fifteen he had become so disillusioned with the education system that he dropped out of school. Shortly after, Spider hooked up with a Detroit street gang called the Motor City Mobsters. Within six violent years he had risen to the top, where he became the gang’s number one War Lord. His larcenous ways eventually landed him in jail. However, there was a larger price to pay.

Those turbulent years cost Spider the devastating loss of two first cousins, both shot to death during gang confrontations.  Another very close relative was critically stabbed during a swarming and hovered at death’s edge for weeks.  A few years later, Spider’s younger brother was wounded by police in an attempted bank robbery.

Determined to leave his tumultuous lifestyle behind, Spider left gang life and moved to Toronto. Over the next decade he struggled through a variety of menial jobs included shinning shoes, bell hopping and selling cars. He even worked as a sparring partner for Muhammad Ali and George Chuvalo. However, none of these jobs gave him the gratification he so desperately sought.

At age 30 Spider decided to pursue his dream of becoming a broadcaster and thus returned to school.  Amazingly, four years later he graduated with honours in the Broadcast Journalism field and made the Dean’s list. He was also honoured with two literary scholarships and the Board of Governor’s Award.

In 2001 he became the recipient of the prestigious Premier’s Award honouring him for his countless contributions in the field of youth motivation.

Upon graduating Spider began to pursue his dream of becoming a radio personality. A few years later, he landed a gig hosting a syndicated TV series called “Famous Knockouts”. The show’s enormous popularity led to radio shows on CHWO Oakville, the Fan 590 and Talk 640/MOJO before switching to CFRB where he currently hosts the Spider’s Web.

Spider’s well documented battles and triumphs over bigotry, poverty and low self-esteem have won him countless accolades including the Positive Impact Award, the 2001 B’NAI Brith Appreciation Award, the Toronto Police Association Honourary Award and amazingly the Boxing Announcer of the Year Award four times! (1995, 1996, 1998, and 2002) In 1996, he was inducted into the Canadian Boxing Hall of Fame as Writer, TV Commentator and Ring Announcer.

In 2002 Spider was appointed the nation’s first ever Ambassador to the Skilled Trades Programs. Spider’s latest endeavour is his biography. “Out of the Darkness” is heading into its third printing in less than a year. Its overwhelming success has made him one of the hottest sought after motivational speakers in North America. He has appeared on the Fox radio Network, TSN, CBC, CTV, Global TV, Citytv, the Toronto Star, the National Post, the Toronto Sun and many other media outlets.

As both a speaker and author, Spider speaks and writes with the kind of flair and unbridled passion that provokes laughter, tears, compassion, but most of all, hope.

Spider is also a widely respected inspirational public speaker and brings his motto, "You Have to Believe to Achieve," to more than 100 schools each year.

"Spider is one of the most extraordinary and touching stories I've ever heard."  It is amazing to see the impact he has on students.  His lessons on dealing with peer-pressure, racial harmony, bullying and low self-esteem are incredibly insightful.  He makes you believe nothing is impossible.  The students were so receptive they actually mobbed him afterwards with tons of questions and requests for autographs."
Cathy Heaney, Teacher, R.A. Sennet Public School, Oshawa

"Spider's presentation held us spell bound.  He is by far the most inspiring speaker I've ever witnessed."
John Sheremeta, Ontario Kinsman Clubs

"Spider Jones is one of the most dynamic speakers of our time.  His message is filled with inspiration and hope.  He has an overwhelming presence and his life story is an inspiration for all ages."
William Hunter, Chair and Faculty of Technology, Seneca College

"The reaction of the audience was astounding.  Eight hundred students were totally in awe for the entire 40 minutes he spoke.  His presentation was so powerful and inspirational."
Peggy O'Donoghue, Teacher, Mayfield Secondary School Brampton

"It's utterly amazing to see how quickly Spider can capture the attention of a young audience.  His presentation moves kids like nothing I've ever seen."
George Chuvalo, Former Heavy Weight Boxing Champion of Canada

"Spider's speech truly invigorated our students.  He was the topic of conversation for weeks.  He's a tremendous motivator, and a great role model."
Paul Forbes, Athletic Director St. Michael's College